Having reported in October that 6 of our 8 junior teams progressed to the second stage of the Inter-county competition three of those have gone one further to the finals.

The boys under 15 team was the first boys team from Northumbria to make it to the finals since the format of the event changed a few years ago. They had to top their second stage group to make it through against Yorkshire, Cheshire and Cumbria. 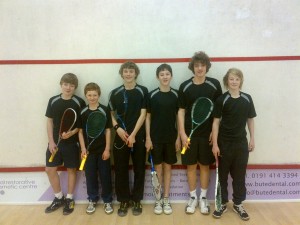 Yorkshire and Cheshire teams looked on paper difficult to beat but it wasn’t close as Yorkshire were beaten 4-1 and Cheshire 5-0 along with a 5-0 win over Cumbria to cap off an emphatic group victory and a place in the finals weekend on 10th/11th of  March in Surrey where they will play Sussex.

On the same day the boys 15 team won through the girls under 19 team were looking to progress once again to the finals where they have competed many times in recent years. Going into the day they were in 2nd place in a 4 team group and needed to finish in the top 2 to clinch a finals place. The Lancashire team withdrew so only 2 matches vs Cumbria and Yorkshire were played. Cumbria were beaten 5-0 and Yorkshire who topped the group were also beaten 3-2 to confirm a finals place.

Along with the boys they will compete on the weekend 10th/11th of March in Surrey and will play Gloucestershire in the last 4. 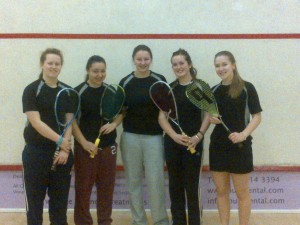 The girls under 17 team were the 3rd of the teams to progress to the finals, they had to finish in the top 2 of their group against Warwickshire, North Wales and Cumbria. Despite losing to Warwickshire 4-1 they beat Cumbria 5-0 and North Wales 4-1 and took second spot and a place in the finals.

The u17 event is on weekend 17th/18th of March at Lilleshall Squash Club and like the u19 team will also play Gloucestershire.

Of the other teams who had reached the second stage the boys u17 were 2nd in their group, boys u13 were 3rd and also girls u13 3rd and failed to progress this time.

GOOD LUCK TO ALL TEAMS IN THE FINALS.