World Squash day took place on Saturday 20th of October. The idea on the day was to have a worldwide squash match with 20 Vs 20 ‘TEAM SQUASH’ VS ‘TEAM 2020’ at as many clubs as possible to raise the profile of squash in a bid to get squash into the Olympics for 2020. 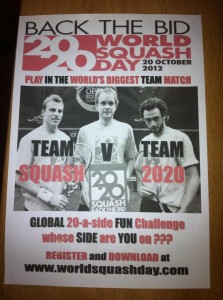 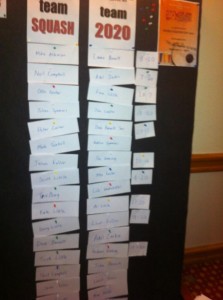 Over the world there were over 40,000 people involved over 800 clubs and many Northumbrian clubs were involved. Tynemouth, Primrose, Hexham, Northern, The Northumberland Club, Eldon Leisure and Boldon hosted matches and contributed to the over all result which was 6308 for ‘TEAM SQUASH’ and 6104 to ‘TEAM 2020’. 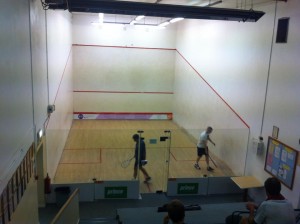 The pictures here are from The Northumberland Club where the final result was 10 all!!!!!