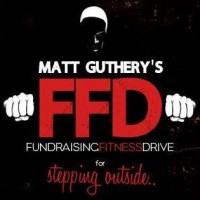 [/dropcap]A friend of a friend called Matt Guthery is attempting an 8 hour squashathon to raise money and awareness for homeless people. His friend Lee Halpins recently passed away and was working on a documentary film called ‘steppin outside’ and Matt with some other friends are finishing it for him while raising money.

The event will take place on 21st September 2013 at Eldon Leisure in Newcastle City Centre and he’s looking for six more players to play him for an hour each on the day. Each player would need to raise £50 sponsorship on the charity’s behalf and would collect a limited edition t-shirt, also with the chance to win a bottle of spirits by getting the most points.

To join in, or for more information contact Matt Guthery on facebook or email him at geordiematt@live.co.uk