We were feeling confident going into the weekend.

We had a last minute bonus of Kim Hay agreeing to give up her last days before heading back to Yale to play for the team at very short notice! We also have to mention the excellent commitment of the whole team to come and play or even just support, despite other commitments and even injuries! As such we ended up having a team of 7 from USA, Leeds, Coventry and of course Newcastle (they can leave Northumbria but they will never escape) the team included 2 subs/supporters/refs/excellent coaches (Maria-keep it tight-Bainbridge, I’m talking about you!) and consisted of-

After nearly ending up in York due to a bit of confusion with junction numbering on the A-whatever, we eventually rocked up at Pontefract for our first game against the first of the 4 teams.

We started very strongly with a convincing win against Merseyside! Emma and Sarah started off with 3-0 victories and Hannah, Kim and Sam followed with similar results making the score a resounding 5-0.

Our second match was against Nottinghamshire who had had a close 3-2 with Yorkshire in the morning. As it turns out, we needn’t have worried because we managed another convincing win, with only Emma and Sam dropping a game (tut tut).

As we had such a good day we decided ‘we could just go out for one cocktail’ (famous last words of Sam Ward). One quickly turned into two and we got in a little later than expected but no more need be said about that! 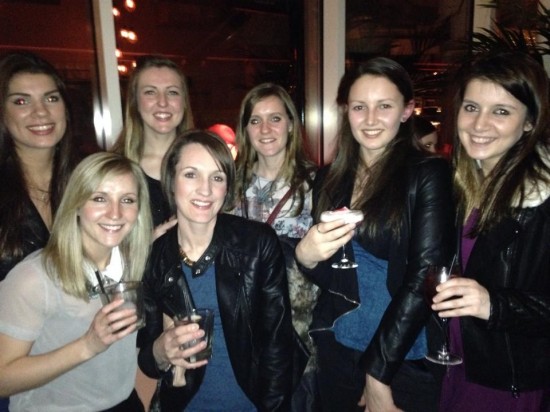 Finally for our last game against Yorkshire we turned up at the club at 10.35, slightly late due to taking the ‘scenic route’ (Quote Emma). Despite having to rush quickly to get changed Emma started us off with a 3-0 win and Sarah just lost out 3-2 despite an impressive performance. Next were Hannah and Kim: Hannah beat another Hannah 3-0 and Kim won 3-1 against tough opponent Katie Smith. So despite victory already being in the bag, Sam finished the weekend off with a confident 3-0 win against yet another strong Yorkshire opponent , Clare Walker, giving us a 4-1 win over Yorkshire and securing our spot in the Premier League. Watch out – Northumbria for the title 2015!!! 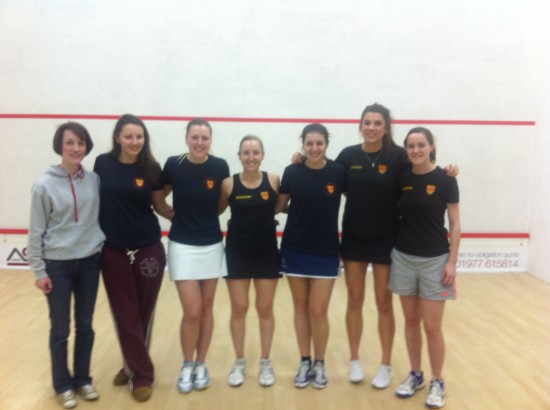