PSA $5k Northumbria Open, Round One:

Wildcard Liam Gutcher opened proceedings in the main draw of the Northumbria Open at the Northumberland Club in Jesmond, and although the crowd thoroughly enjoyed seeing one of their own playing, France’s Geoffrey Demont proved too strong as the fifth seed went through in straight games.

”I’m happy with how I played,” said Demont, “he was perhaps a bit stressed at playing in front of his home crowd and made a lot of mistakes. I took the lead in each game and didn’t give him many chances, so it should leave me fresh for the quarter-finals.”

Demont’s next opponent is fourth-seeded Welshman Peter Creed who beat Dougie Kempsell in straight games. After taking a 23-minute opener 11/7 Creed took the second 11/4, and was 6/1 up in a quick third game when the Scot was forced to retire injured.

”I struggled with my shoulder, but he was just too good,” said Kempsell.

Top seed Shaun Le Roux went through in straight games against qualifier Lance Beddoes, helped by a run of 13 unanswered points from 8/10 down in the first. The third was close too at 8-all but the South African closed it out in style, 12/10, 11/3, 11/8.

”He was up for it at the beginning, so it was good to take the first from 8/10 down,” said Le Roux, “but even if I’d lost it I felt like I was in control, then it just needed another push at the end.”

Le Roux had to wait to discover his next opponent, as on the outside court Joan Lezaud and Reuben Phillips fought out a long five-setter. Phillips, who had an extra two days to kill in Newcastle after being elevated to the main draw, took a two-game lead 12/10, 11/6 but the sixth-seeded Frenchman fought back in kind 12/10, 11/6 to force a fifth.

A relieved Lezaud completed the comeback by taking the decider 11/6. “It was tough, I just couldn’t feel my game for an hour, my shots and confidence just took a long time to come. I’m happy to win ugly like that, sometimes that’s better for your next match!”

In the bottom half of the draw the seeds kept winning as Mahesh Mangaonkar came from a game down to beat Adam Auckland 9/11, 11/3, 11/7, 11/3. The Englishman put all he had into the early stages to take a deserved lead, but the Indian third seed’s reach and touch increasingly paid dividends as he accelerated towards the quarter-finals.

”I wasn’t going short enough, using the four corners of the court in the early stages, “admitted Mahesh. “I started using the straight and volley drops more and that was my game plan for the rest of the match and I think he got tired towards the end.”

The last hope of local success saw Dan Hockburn take on second seed Kristian Frost, and although the Hartlepool lad hed his ow to the midpoint of all three games, it was the Dane who finished stronger each time to win 11/7, 11/6, 11/8.

The final match of the day was shifted to the showcourt from the overrunning side court. It was the last chance for an upset, and French qualifier Christophe André duly delivered as he came from a game down to beat Alex Ingham 6/11, 11/5, 11/9, 11/4 in a fast-paced match that kept the late-night spectators well-entertained.

Quarter-finals start at 18.30 on Friday, with the Women’s WSA/BSPA and Graded events starting too. 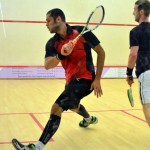 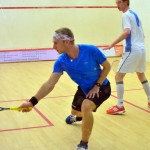 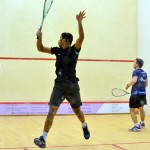 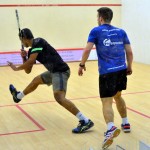 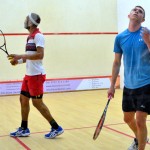 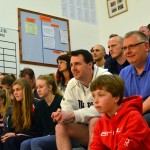 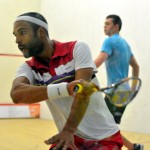 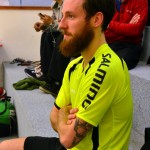 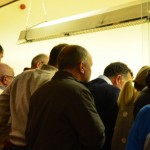 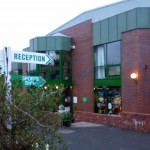