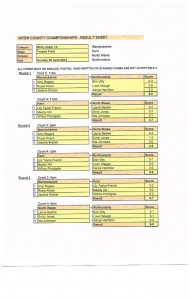 A journey to to WARWICKSHIRE to take on hosts, NORTH WALES and KENT.

Unfortunately the young team found it tough and lost out in all 3 matches but they will all be back for next season. 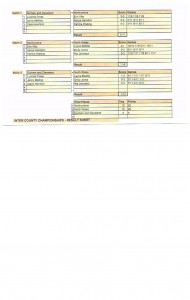 A visit to Norton squash Club to take on DURHAM & CLEVELAND and NORTH WALES.

the team only managed one win from three beating DURHAM 2-1 and losing out 3-0 to both CUMBRIA and YORKSHIRE. Possible trophy final if they do well in stage 2.