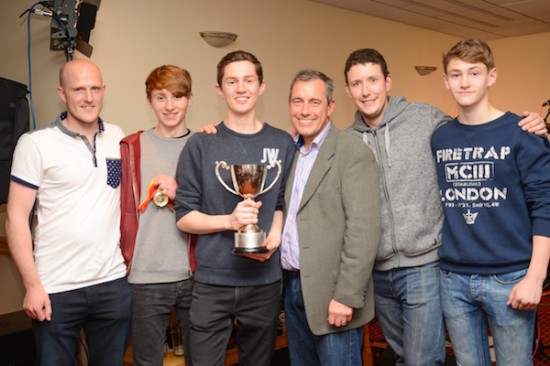 JESMOND’s County Champion Dave Barnett had to hit the afterburners to see off Northern’s Liam Gutcher in the deciding match of the Northumbria Men’s Cup final.

With the team scores tied at 2-2, it was set up for a mouth-watering clash between the No 1 strings in front of a packed glass-back at the Northumberland Club as the curtain-raiser for the Northumbria League’s Presentation Night.

Gutcher, taking the ball early and setting a high pace, was at the top of his game and deservedly took the first 11-8 and a good lead in the second – only for Barnett to fight his way back into control and close out at 11-8.

The Jesmond skipper was unstoppable in taking the third 11-4 and was 10-9 up in a superb topsy-turvy fourth game – Gutcher played a winner and thought he had forced the tie-break, but a let call gave the determined home favourite a second chance at matchball, and he didn’t need asking thrice – the match and cup going to Northumberland Club, 3-2.

That match was the squash highlight of a packed presentation night at Jesmond on May 9th, with the league team and individual awards dished out and a fantastic on-stage performance from tongue-in-cheek squash band, the Conduct Warnings.

The band were ably assisted by Steve Drummond (light and sound impressario) and a special appearance from ‘Ted’ – the alter-ego of Ray Rycroft (and what an incredible transformation this was, as he had to play a grumpy old squash player!).

The Conduct Warnings – hitting back at criticism from the music press that they have sold out and concentrated too much on their glamorous image – went back to their roots by playing all the old favourites from last year, as well as some new cutting-edge material. With lyrics featuring the exploits of local players young and old, never has musical slander been so unfounded, or so much fun.

But the Northumberland Club was the real glamour ticket – and it was certainly Pacquaio-d out, with a sell-out crowd watching the band play a fair bit longer than any of them can last on court (sorry – possible exception, Andrew Walsh). 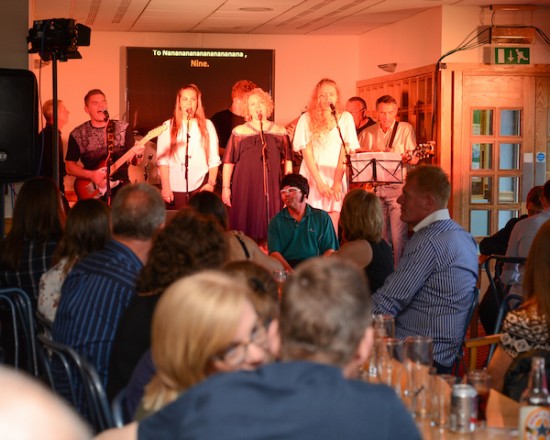 Back to squash matters, Jesmond’s Dan Wareing had squeezed home 11-9 in the fifth against Northern’s Andy Scott in a brilliant match to set up that Barnett/Gutcher thriller in the men’s showpiece team match. The fast-improving Michael Andrews (Northumberland Club) was the other home winner, 3-2 over Sam Broughton.

In the Ladies Northumbria Cup final, Tynemouth 1 beat Northern A 4-1, thanks to wins for Lucy Beecroft, Hannah Cliff, Dawn Ward and Fiona Macfarlane. Two of these matches went the full distance, with Cliff seeing off Karen Heron 15-12 in the fifth, and the match between Ward and Northern’s Lesley Vitty going to the final point after deadlock at 14-all in the decider. 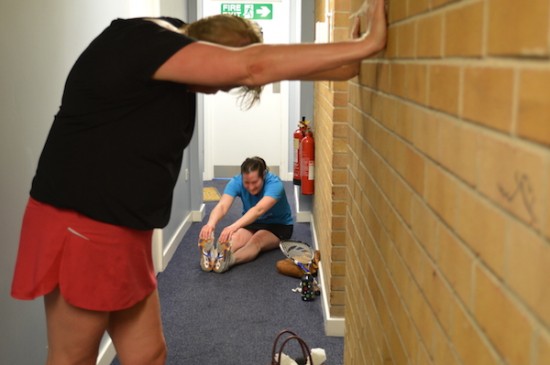 Well done to Tynemouth Ladies for an impressive league and cup double.

Beeson was too strong for Derek Collins at number one (3-0), while Paul Collinson and Ian Nichol also saw off Andrew Smith and Mike Paul without dropping a game to seal a memorable league and cup double for Division One champs Chester, who are Premier League-bound.

The Men’s League Cup B final was also played out on the day – and youth certainly had its moment here, with Newcastle University 3 seeing off Northern 5 for the loss of only two games!

Victorious, in order, were Joe Harvey (3-1), Ryan Doran (3-0), Jack Lewandowski (3-1), Jonny Maughan (3-0) and Martin Jolley (3-0). Another league and cup double this one, giving those hard-working students the excuse to drop their books for once and have a rare and well-earned celebratory drink. 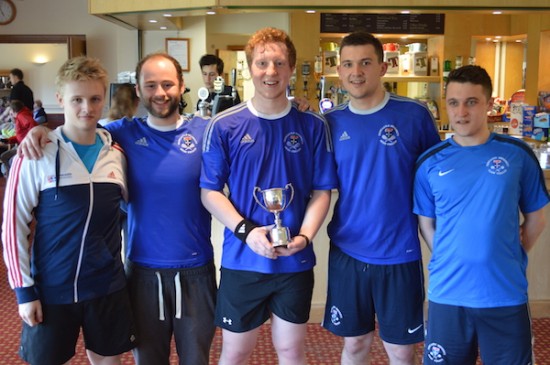 Many thanks go out to Bryan Beeson and Ray Rycroft for presenting a plethora of awards, to the Northumbria County committee and in particular Simon Ho for all his efforts in organising a great evening.

And final thanks to everyone involved with the band, and especially Wardy for a huge amount of work in putting on a superb show. Ok, so you’ve seen the Beatles at the Cavern, the Pistols at the Marquee Club or maybe you were at Woodstock in ’69. But until you’ve heard Nicky and Daisy Dobson singing about how hard it is to find Primrose on a wet and windy Wednesday night, you really haven’t lived.