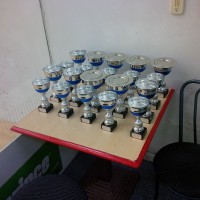 Northumbria were grateful hosts for this years Regional Closed after many years being held at Yorkshire stronghold of Pontefract Squash Club. The Northumberland Club in Newcastle was the venue for the well supported event with 106 entries over the 5 age groups for boys and girls. Despite the event being taken away from Yorkshire and especially Pontefract the players from both made their mark with 5 of the 10 titles up for grabs going to Yorkshire and all of those were Pontefract players. Durham & Cleveland chipped in with 3 winners whilst hosts Northumbria the remaining 2. 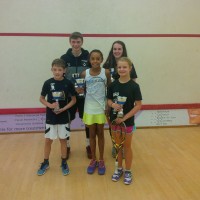 It was in the oldest age groups where Northumbria took their wins with Jamie Todd winning the boys and Georgia Webster the girls in the under 19 category. 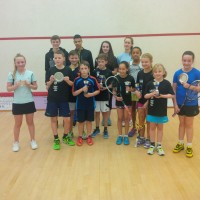 The youngest age group of U11’s were both taken by Durham and Cleveland with Tom Miller in the boys and Jessica Weatherspoon the girls, the other title won by Durham & Cleveland was in the girl U15 where Lucinda Cross beat Lydia Robinson. 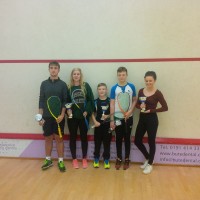 Then for the Pontefract victories, Ben Beachill comfortably won the U13 draw with Asia Harris beating fellow Pontefract player Layla Johnson to win the girls equivalent. Sam Todd took victory over home favourite Max Forster to win the U15 boys event. The last two wins to report go to Elliott Ridge and Ellen Cooper who in strong draws rose to the top to win the U17 titles.