Day 2 of the finals weekend 12th/13th of August at Tynemouth SRC featured Newbiggin I battling it out with Benwell Hill to decide the new champions and holders of the (missing presumed lost) Howard McCain Wealth Associates Trophy. 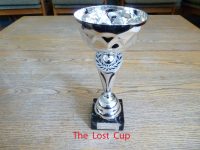 Howard McCain donated the trophy last year to be given to the winners but unfortunately the Scorpions are unable to find it now and hand it over to this years winners!!
Addendum: Howard McCain has kindly donated a replacement cup that is now winging it’s way to Benwell Hill.

There was to be no 3rd/4th play-off as both Westoe I and Northumberland C were unable to field a team.

Benwell Hill started well with two 3-0 victories at numbers 3 & 4 without losing too many points. This proved crucial as Newbiggin stormed back to take the remaining two ties also 3-0. So with the match score at 2-2 this now required a countback of the points scored as the ties were level and Benwell Hill won 150-140 – so close. Karen Heron again proving the match winner as she kept on taking the points that were presented to her by Matthew Youngman. 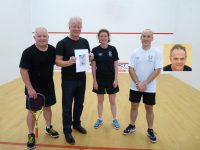 Congratulations to Benwell Hill who are the new champions.

Here are some photos of the day to share. 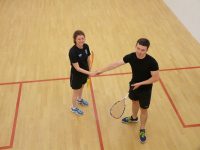 The MVP of the day goes to Karen Heron for her defeat against Matthew Youngman.