Its time for the Summer Leagues again…

As the Winter Leagues are approaching the business end of the season thoughts turn to what to do during the summer! You may just want to have a well earned rest or you may wish to sign up for the Summer Leagues?

They were a great success last year won by Benwell Hill. 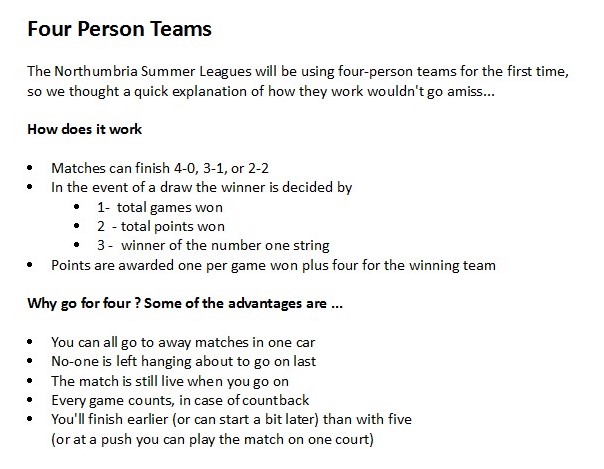 Closing date for entering a team is 8th April 2018.

It is anticipated that the leagues would start in early May (allowing for a short break from the winter leagues) and run until the end of July (approx 14 weeks).