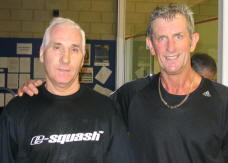 KEN JOHNSON  from Newbiggin is a very experienced Masters competitor, he was seeded 3 in the over 65 event. Johnson fulfilled his seeding reaching the semi-final where he lost to Englands Christopher John Ansell the eventual winner. 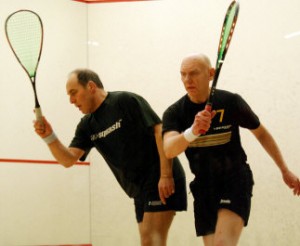 JOHN SMITH also from Newbiggin has achieved many honours in masters career and he continued with a great run in the Over 60 event. Smith was seeded 5/8 and made it further than his seeding reaching the semi-final, he beat South African Arthur Dyason in the last 16 and Swiss player Josef Holzman in the quarter-final. He lost to eventual winner Englands Keith Jones in the semi.

DEREK COLLINS who plays his squash at Northern Squash Club also made the journey to Cologne to compete in the over 60 event where he was unseeded. Collins progressed to the quarter-finals upsetting seeded players along the way. Firstly he beat Egypts 9/16 seed Abbaa Ahmed Kauod in the last 32, then he knocked out Frederick Bester from South Africa the 5/8 seed to reach the quarters. In the quarters he met his match losing to Englands Peter Leary to end his giant killing run.