Vitty hit top form in winning the Girls Under 15 title, with club mate Anderson matching that feat at Under 13 level, and Neill taking the Boys Under 11 trophy.

A bumper entry of 116 turned Northern into a packed cauldron of sweat and tears (but thankfully no blood) with all four courts in use throughout the weekend. Galatasaray eat your heart out.

Sponsored by Dunlop and QS Lawson & Thompson Solicitors, and organised by Richard Vitty (with valuable help from Dave North and Jack Cornell) the competition was raw and fierce, attracting top young players from across the North of England.

Northern’s fast-improving Lucy Anderson also won three matches without dropping a game on her way to the Girls U13 title – rounding off with an all-home class over Aanya Hamilton which went to Anderson 11-7, 16-14, 11-5.

No 2 seed Hamilton had reached the final withs wins over Kasy Wilson (3-0) and Kaitlyn Carruthers (3-1).

There was no shortage of Northumbria talent in the Boys U11s, where all-action hero Dan Neill proved too strong for the field – he beat Bertie Lamb (3-0), Tynemouth club mate Tom Walsh (3-1), Abdallah Eissa (3-0) and Northern’s Ali Little (3-1) in a pulsating final.

Dan’s big sis Laura played some superb squash over the weekend in an ultra-competittive Girls U17s event, yet was still edged out for top spot by Cumbria’s volley expert Eve Driver in an excellent final.

The ever consistent Geogia Webster (Jesmond) was edged out to 3rd, with Josie Barker and Tegan Younger (both Northern) 4th and 5th respectively.

Well done to Northern’s Katy Barker and Naomi Appleby who finished 5th and 6th respectively in a competitive Girls Under 11 event.

At the other extreme, No 1 seed Cai Younger was edged out 3-2 against an inspired Rob Pearce in the Boys Under 19 final.

Younger looked like he was running on empty at 2-0 down (12-10, 11-3) against the No 2 seed from Durham, whose retrieval was superb. But the home favourite edged a titanic third game (11-9) and won the fourth more easily (11-6) before Pearce finished strongly to lift the title with an 11-6 triumph in the fifth.

Well done also to Alex Robertson of Northern, who played so well to finish in third spot with a 3-1 win over Dan Wareing – and to Wareing himself, who twice came within a point of reaching the final before being edged out 14-12 in the fifth game of a mammoth semi-final by Younger the night before.

The fast-improving Jack Cornell of Northern took the Plate, with victory over club mate James Dark.

The Boys Under 17s was a predictably pulsating affair, and again the No 1 seed and home favourite was edged out – this time, Jamie Todd going down in four ultra-close games to Cumbria’s Dan Harrison.

Todd showed his legendary competitive instincts with a hard-fought 13-11 win in the first, but Harrison was in inspired form, and bounced back to take the next three games, and the trophy (11-9, 11-8, 11-8). 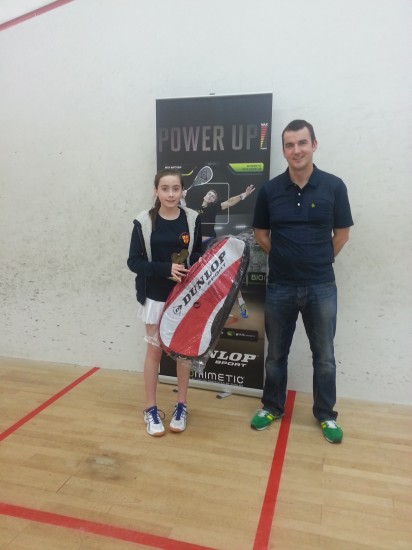 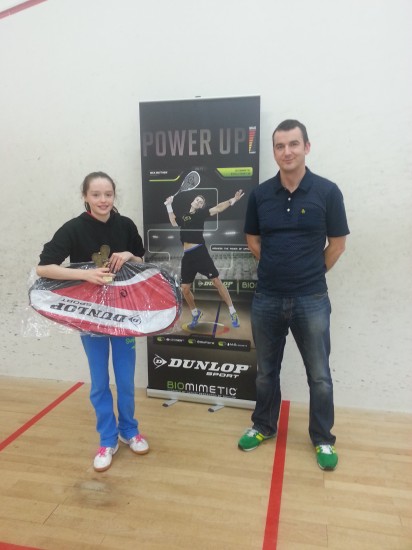