The sun finally came out on finals day to prove to the southerners that we do actually get some good weather up here from time to time and the squash isn’t bad either!

Professional players Chris Fuller and Nick Mulvey put on a fine display of squash in the final with Mulvey causing an upset in straight games. It’s his first PSA title and a one to remember beating Fuller ranked more than a hundred places above him in the PSA world rankings. Chris seemed to be carving out opportunities with a solid length game but his touch wasn’t there and Nick countered the attacks well sending Chris to all corners of the court. Eventually Chris’ movement patterns started to break down a little and mistakes crept in but Mulvey he made nothing easy for Nick who had to dig deep in the last game to cross the finish line. 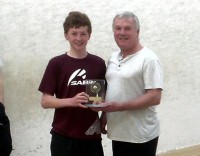 The Northumbrian who got the furthest was Jesmond’s David Barnett who knocked out 3/4 seed Connor Sheen before giving Mulvey a stern test in the semis, some mind boggling retrieval work by Mulvey allowing him to squeeze a 3-1 win. It had been straight forward for Fuller on his way to the final, turning the screw on Sabre owner Paul Lord in the quarters and 3/4 seed Robert Dadds in the semis, chalking up 3-0 wins against very good players.

In the plate final tournament organiser Liam Gutcher found his range quickly against Cai Younger and capitalized on some mistakes from his younger Northern teammate, winning 3-0. Younger could have been jaded as he had his usual brutal encounter with Jon Evans in the plate semi-final the night before, sneaking it in the 5th game. Gutcher had fended off more Northumbrian junior talent in Jamie Todd and Yorkshireman Ed Shannon on his way to the £35 showdown.

The B final was an all Northern affair with sparring partners Michael Mattimore and Sam Broughton. Michael was in fine form though not letting Sam impact his game winning 3-0. Mattimore had reached the final relatively unscathed, stopping the giant killing run of featured player Andrew Shipley in the semis and Northern’s head coach Richard Vitty who had managed to win a tactical, teacher/pupil victory over young Tom Cornell. Broughton had to fight off Jesmond’s Kimberley Hay who had a difficult game herself against Northern’s new ninja (haircut) Tom Wight, coming through in four games.

In the B Plate final Eldon’s soon to be married Martin Bone had the task of keeping improving junior Sam Evans at bay. In a close 3-1 Martin’s physicality and variation started to pay dividends although young Evans is starting to play as good as his old man, he’s even rolling a few top spins on his backhand…

In the C Event Milo Mckenzie charged his way through the draw past Emma Rowell, Lesley Vitty and Wayne Hollywood not dropping a game on his way to lifting the trophy. Liam Duncan-Kahn was his opponent in the final who had a successful tournament fighting his way pas Newbiggin’s John Armstrong and the flamboyant Guy Eniona from Eldon, both very entertaining matches.

In the C plate final Northern’s yoga addict Dylan Younger managed to beat Louise Mawson in four tough games despite having an eye injury from the previous match with Fiona Macfarlane. Primrose’s Rowell twins both lost out to the finalists and Alnwick’s Steve Gutcher and Alan Morgan were unable to send any silverware back up north!

Many thanks to our sponsors: Sabre Sports, Northumbria University, Northern Squash Club and Axis Fitness. See you next year! 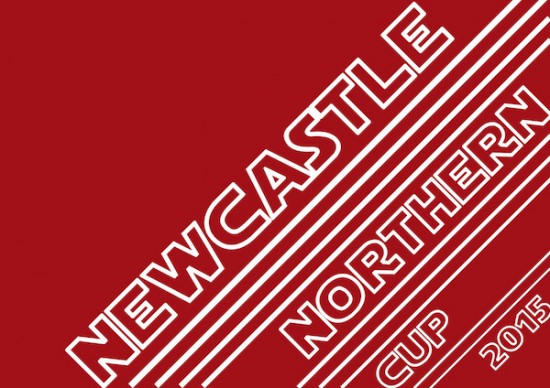