First of all I’d just like to say a big thanks to all the boys who have represented Northumbria so far and to all the parents who have helped Captain and look after the teams. Below is a summary of their results:

Boys U11
There isn’t a U11 team event in the Junior Inter-County Championships, but there will be a team competition in Spring 2016.

Players who have represented: Dan Neill, Sam Aiston, Tom Walsh, Matthew Dyter, Ali Little, Sam Sweeney, Sion Gittins, Milan Stach. The team finished 2nd in Stage 1 qualifying in the promotion group to play for a place in the Main Finals. They then finished 1st in Stage 2 and are through to the Inter-County Finals in January. Well done boys, fantastic result!! 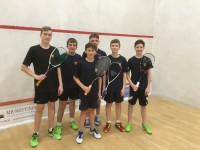 Players who have represented: Max Forster, Andrew Shipley, Thomas Moore, Lennox Lockwood, Harry Little, Nathan Dobson. The team finished 1st in Stage 1 qualifying in the promotion group to play for a place in the Main Finals. Unfortunately despite some great wins against Cumbria in both stages they were edged out by a very strong Yorkshire side. 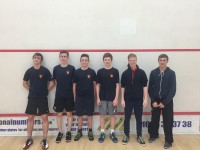 Players who have represented: Michael Mattimore, Ben Waugh, Angus Forster, Matthew Carr, Sam Evans, Matthew Walsh, Tom Cornell. The team unfortunately had a tough Stage 1 and in Stage 2 had to play for a place in the Trophy Finals. They narrowly missed out finishing second behind Durham and Cleveland, it couldn’t have been closer! 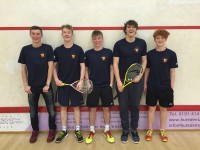 Players who have represented: Chris Wiggins, Jamie Todd, Alex Robertson, Sam Broughton, Tom Wight. The team topped their group in Stage 1 and qualified in the promotion group to play for a place in the Main Finals. Similar to the U15’s the team were beaten only by a strong Yorkshire side to finish in 2nd place. Unfortunately only one team can go through from each region so it’s the end of the road.

Thanks again to all who have contributed so far, I think we are lucky to have such a great group of juniors who proudly represent Northumbria!