We’ll have the exhibition match itself, a ‘play-the-pro’ chance for a select few, a speed gun shootout, a couple of special challenges, a Q&A with the stars, some Black Knight merchandise and a buffet.

Tickets start from £15 including Exhibition, Q&A and buffet, and there are still a limited number of £25 tickets to get on court with the stars themselves. Anyone interested can call by the club to pick up tickets, or phone 0191 2573895 to reserve them – Ross Mazzucchi.

This is the first of a new venture for the Northumbria website in that we are bringing you some ‘club news’ and publicising an event for Tynemouth SRC. Normally the website wouldn’t do this but the website is for the benefit of all Northumbria’s clubs.

So don’t hesitate to get in touch if your club has an event taking place. 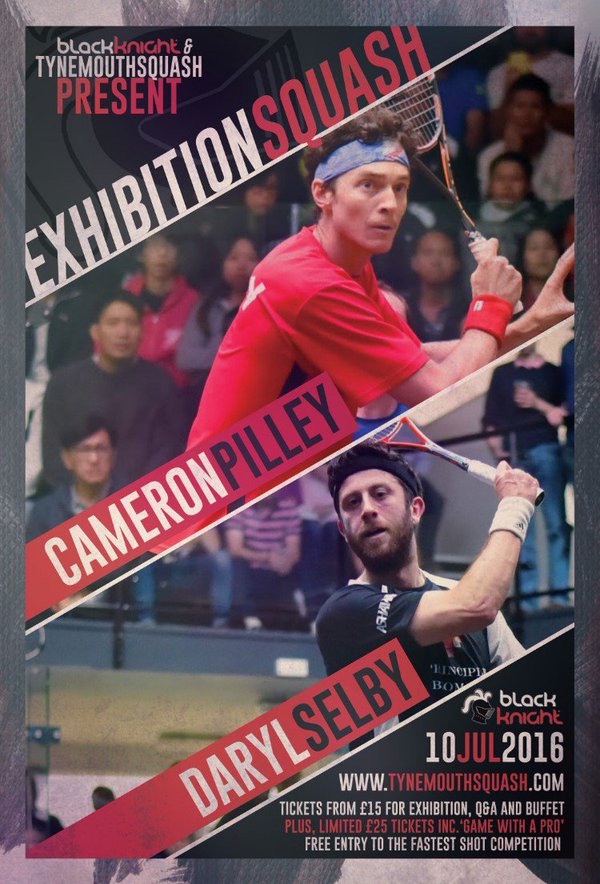